NCL-IX is at the Centre of the UK's New Data Meridian.

Stellium, the UK’s largest purpose-built data centre campus, has built and operates the Newcastle Internet Exchange (NCL-IX) for the good of the internet and interconnection in the Tyne & Wear region of England.

Stellium Datacenters represents the new Data Meridian – where East meets West in data transfer. Based in Newcastle, they are the UK’s only landing point for the New North Sea connect cable. Complementing this is a wide choice of fast and direct terrestrial networks. That includes Newcastle’s only open metro network, also the largest regional network in the UK, created by Stellium. Their Tier 3 data centre campus in Newcastle offers three separate data centres – with plans to build three more.

Stellium are committed to supporting the local internet ecosystem in the north east of England and have committed to operating NCL-IX on a neutral not-for-profit basis until such time as both the exchange is self-sustaining, and the connecting networks wish to transfer it into a member owned company limited by guarantee. 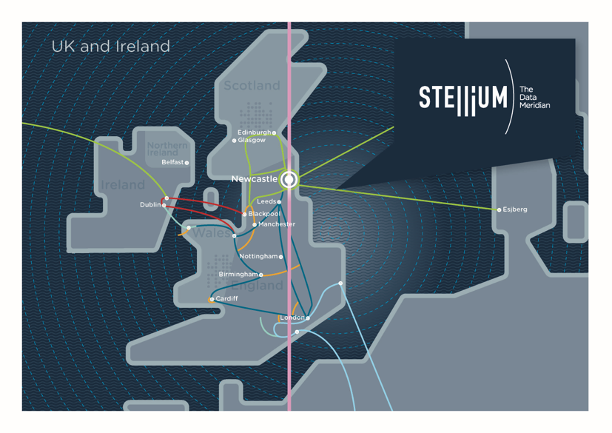